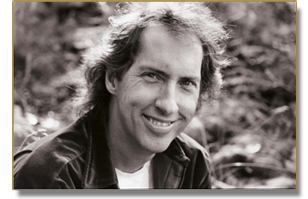 A column for individuals who have overcome or currently have cancer or a seriousness illness. The column also includes excerpts from "Draw No Conclusions", my new book about my 4 year journey with cancer. Due to be released in 2012

Wow! What a big subject!  I have had so many clients who are stuck in illness. And, personally I’ve had a great deal of experience with also being stuck in this place.

What does it mean to be stuck in illness? Simply, when you can’t seem to get well.

You can arrive at that stuck place many different ways: Conventional medicine has no more answers for you and then you explore a few alternative methods but you never seem to get totally well. Or conventional medicine doesn’t believe you’re really sick and you just live with the pain or on pain medication. Or you’re sick and never do anything about it, living with it. Or you just simply run out of the energy to try and get well.

The reasons are plentiful and sometimes very subtle but they all arrive at that same place—living in illness.

How do you get unstuck?  In this first part, I want to talk about getting the right knowledge.  This has been a theme of many of my drifts in illness. And it does feel like a drift.  In 1990, I got very ill with intestinal cramping–the pain was bad.  It went on for three years.  No one could figure it out. And at some point, I just gave up trying. The craps would come on suddenly and for no apparent reason. Sometimes it was so bad, I would end up in the emergency room where they didn’t know what to do with me. This illness and pain changed my way of being in the world.

For 6 months, I was afraid to leave the house that I would be stuck somewhere—sick.  For most of that time, I followed the advice of a holistic doctor who prescribed specific supplements to me.  I believed in him and still do but I didn’t get better. I would never leave the house without a carry-bag of medications and herbs—a habit that took years to let go of.

One day, I was in Alberquerque and decided to stop and say hello to a famous holistic doctor who was close to some friends of mine. I decided in that moment to ask her to evaluate me. She said I had a tape worm and parasites!  As soon as she told me, it made perfect sense to me. I started her program and in a matter of weeks I was finally better!

Where did I innocently go wrong in this journey?

First, because it would come and go, I got fooled into thinking I was getting better. And thus didn’t take more aggressive action. But I knew inside I wasn’t getting well. I didn’t listen to that voice inside. I didn’t have the depth of knowledge then how important that voice was.

Second, I did’t know there were reliable holistic ways to diagnose me. This can be described as a lack of knowledge or not asking the right questions or not asking what questions I should be asking.

Third, I should have accepted that the wonderful holistic doctor I worked with was not going to get me better. The proof was evident.  I was afraid to venture out into the unknown and stayed with what was familiar—even though it wasn’t working!  Sound familiar!

Fourth, I did’t push the conventional doctors to give me more extensive testing. I just sat back on it, almost like I went to sleep around the idea of being well—make sense, brothers and sisters?  Being sick became familiar.

It blows my mind to think that during that time if I had the right knowledge, I could have walked into any health market and asked for herbs for parasites and in a matter of weeks I would have been well.  I was sick  for three years!  I can’t even describe the pain I went thru. Many of you know exactly what I am talking about.

Fifth, maybe I should have found someone like me! Maybe, I didn’t look for that person.  A person who would say, as I say to many clients, “I know you’re tired of going to doctors, of trying this program and that one—I know you’re exhausted but you can’t give up! Keep trying, keep looking—there is always a cure—whether it’s inside you or in some office somewhere—there is an answer. You can be well again!”

A wise friend once said to me,“The thing that will cure you is always close at hand.” She was right–it was right down the block at the health store!

Wow! I have waited a long time to write this one, brothers and sisters! There are many more subtlies to this theme and I hope to talk about them in future parts.

I truly hope this has helped.